Explore what the phrase 'Terminal Value' means and how it forms the basis for our podcasting journey.

Doug's business specializes in partnering with companies and non-profits to capture overhead cost savings without layoffs to fund growth and strengthen financial results.

Schedule time with Doug to talk about your business at www.MeetDoug.Biz

Welcome to the terminal value Podcast where each episode provides in depth insight about the long term value of companies and ideas in our current world. Your host for this podcast is Doug Utberg, the founder and principal consultant for Business of Life, LLC.

Doug: Welcome to the terminal value podcast. This, of course, is the first episode. And this is where I would like to introduce both myself and the topic. So first of all, let me just introduce myself. My name is Doug Berg, I am coming from a career in the finance and technology fields, which of course, is where the phrase terminal value comes from. I'll get to that in a second. But I just want to really share my passion for seeking knowledge and understanding and really understanding how the world works. So let me just spend a few minutes telling everybody a little bit about myself. Everybody knows my name already, because I said at the intro, but I've spent my career actually in finance and technology. Actually, it's been 20 years, which feels a little disturbing, because I'm like, I've really been, I've really been in grown up jobs for 20 years now, it makes me feel old. But anyhow, I got my undergrad in finance in the year 2000, from Portland State University. And I worked for a really long time at Intel Corporation doing a whole bunch of different rotations across the finance department. I also got my MBA in 2004, from George Fox University, both of which are local to Portland, Oregon, which is where I live. And I have a personal passion for economics, and for driving business value. So I've done quite a bit of economic research for a number of you know, both projects, both in terms of my day job, and for side projects, and side hustles because of course, right you know, you can't just have a day job, everybody knows you need to have a side hustle, too.

But one of the things that I'm really, really passionate about is actually what my current job that I'm doing is for. I guess you wouldn't say job my current business that I'm doing, which is consulting for both business architecture and cost optimization. So what I'm doing is I'm leveraging my experience across all my time in finance, and in it. And with technology and project management. Things like pricing, logistics, manufacturing, system design, system implementation, all that stuff. And what I'm doing is I'm bringing that value to clients. And what I'm really hoping to do with this podcast, is to bring information to our listeners, about companies, specifically companies that are local, but not necessarily we can have a broader reach to, but also just to provide a view into the world that you won't always hear from the mainstream media. One of the things that is a constant Thorn, in my side is how is just how concentrated The news is, right? Whether it's Fox or CNN, you really only hear about national headlines stories. And then you only hear about them from very politically slanted perspectives. Generally speaking, I think that reality is a lot more complex, and that it's not as much as or as not so much described by you know, right, good, left, bad or left. Good, right, bad. And that's one of the things that I really want to bring to light with this podcast is that there is a wide world of people out there who are all terribly interesting, and who have great valuable things to bring that you won't necessarily get from the normal media. And that's the value that I want to bring to you. And that's what I want to provide. In addition to that, I also want to provide a alternative to the traditional social media.

Now I should let everybody know that I am not personally a big fan of the social outlets like Facebook, I actually really like LinkedIn. Hopefully, LinkedIn doesn't end up turning into too much like Facebook. But Facebook, I feel has not been productive for society at all, in any way really. Basically, I personally believe that social media like Facebook, Twitter, and Instagram, to a lesser extent, are basically just an enormous black hole that sucks people's attention, and creates a never ending anxiety. And then also makes people feel emboldened to just spout off with just the most vicious horrific statements that they'd never say to anybody if they were actually talking to them like people. And I think that's, that's the thing that I really found is that the art of conversing with people like they're actually other humans has really been lost. Everything is just tied up in political agendas or sales cycles. Or, you know, somebody's trying to get a book out or somebody's trying to sell a seminar or something or another like that and people just Don't really Converse anymore. And that's something that I want to bring back. In fact, one of the things that I personally believe is that I think there's going to be a backlash against the digitalization of everything. And that at some point, this trend is going to reverse. And I want to be a part of helping drive that reversal. So please join me in this in this great journey. With that said, let's start with what is terminal value. So terminal value is a phrase that's used in finance, its technical definition is the present value of all future cash flows with the assumption of perpetual stable growth in some cases. So ultimately, it's about future value. Now, the reason why terminal value is important is because in finance, discounted cash flow analysis is what are used to be used to value companies.

Now, apparently, there's some metric that used to value companies that says they can make no money and be worth almost infinity, I don't understand it, which doesn't necessarily mean it's not valid, although I have a hard time understanding why it's valid to pay near infinite amounts of money for companies that don't produce cash flow. But anyway, let's, that's, that's another topic for another day.

But ultimately, what terminal value is really about, it's about future value. And in my view, I think future value is a really important discussion topic. Because there's a couple of facts and that I really want to talk through. Number one, is that when you talk about future value, the future is not as predictable as we all like to think you of course, terminal value assumptions typically assume a stable growth rate that will be achieved after some certain amount of time. Well, one thing that 2020 has taught us is that there is no such thing as a stable future, weird stuff happens. And so you know, trying to assume that everything is going to stay normal. It's frankly, nonsense.

So I think that's a topic that's really worth unpacking. Um, and then here's another fact, or I guess you'd say truth. Because some would argue it's a fact. But pretty much all information that you're presented by anybody is presented with an agenda. Unfortunately, where we're at right now is that everything has a slant to it. Everything has an agenda. You know, the people on the right talk about how everyone on the left has an agenda, the people on the left talk about how everyone on the right has an agenda. The truth of the matter is that you almost feel like you can't believe anything. So this is one of the things that we have to think about now. Nobody knows what to believe anymore. So we all have to build our own conclusions as we go through and live our lives. And frankly, that's what the terminal value podcast is about. It's about understanding the future of ideas and entities and figuring out how do we work that into our lives? How do we understand the current world, I would really like to invite you to join me on this journey, as we explore ideas, entities, companies, etc. And then just really start to unpack the reality that we currently live in. So because of that, I would really like to invite you to subscribe, just go to terminal value podcast.com to subscribe to, of course, the use of the RSS feed or to get email updates every time we have new content. I'm really looking forward to this journey together. And I hope you'll join me thank you very much bye.

Doug works with schools, businesses and nonprofits to optimize their costs without layoffs. The best part is that he is only paid for successful projects so you have zero risk. To learn more, visit Doug business.com or schedule time to talk about your business at meetDoug.biz.

Thank you for listening to the terminal value podcast. Share it with your friends by sending them to terminalvaluepodcast.com. For more information please visit businessoflifellc.com for full access to Doug's products and services.

All rights reserved. No part of this broadcast may be produced in any form by any means without written permission from Business of Life LLC.

All trademarks and brands referred to herein are the property of their respective owners.

Next Episode All Episodes 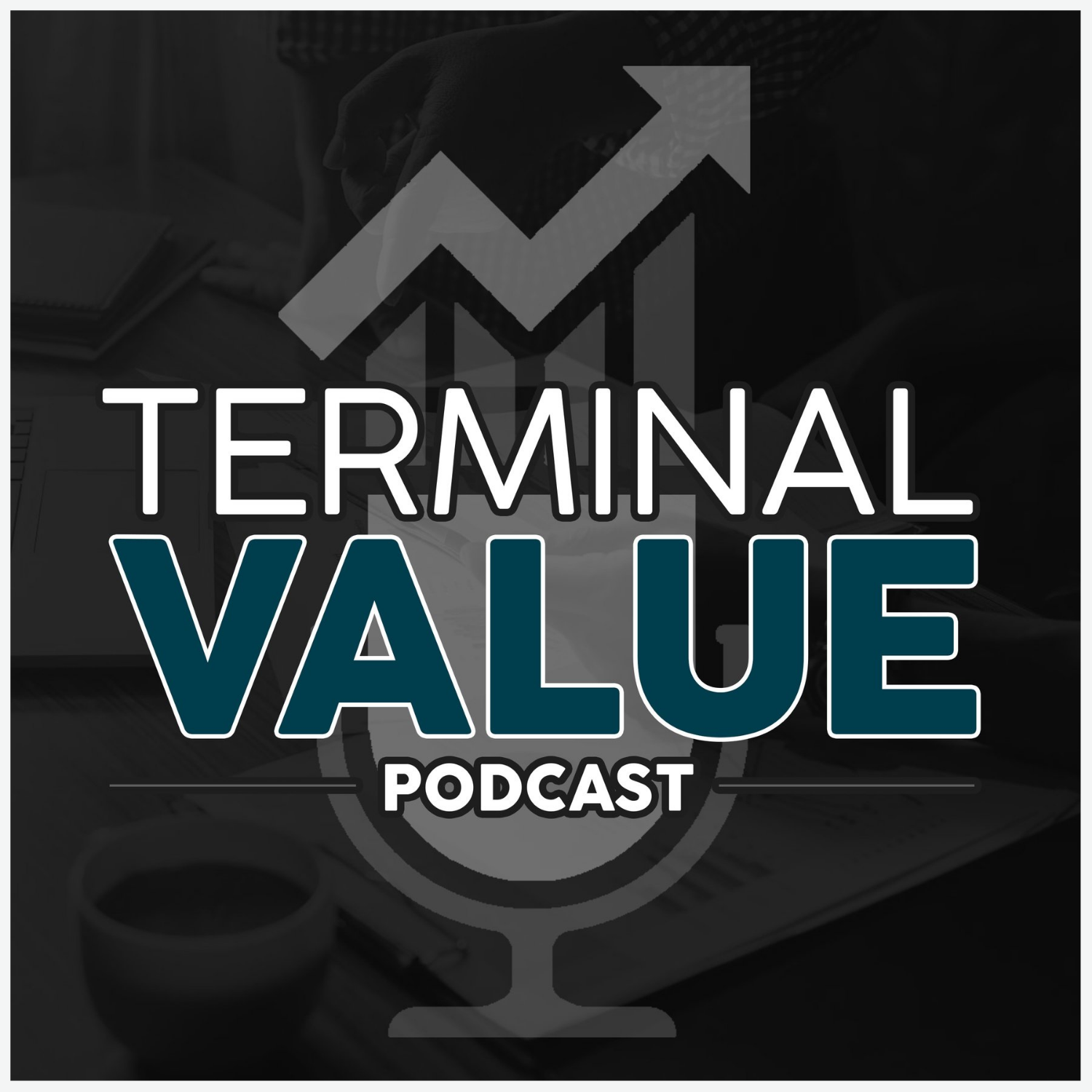